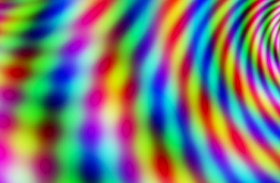 In this first episode of The Tao of FM Synthesis we’re going to try to get a good, basic mental picture of what FM Synthesis actually is. Right now we’re not interested in the weird, technical stuff. All we want are some clues to help us get more predictable results while tweaking a sound. In short, it’s all about MUSIC, not PHYSICS. 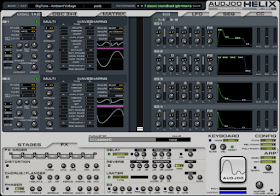 Once you have a good mental picture of basic FM you will also be able to play the game called not-getting-lost-in-the-jungle more skillfully. ‘Jungle’ as in the explosion of menus, sliders and buttons that’s covering your FM synth. Software developers call it a user interface.

For now it’s OK if you don’t know what Frequency Modulation means. That’s just technical TERMINOLOGY. You may have heard people talk about carriers and modulators and sidebands. Let them talk! 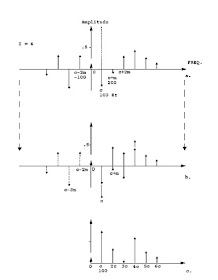 It’s not that this TERMINOLOGY is wrong, but it’s not musical. If you understand FM from a PHYSICS point of view, does that mean you also know how to make MUSIC with it? Of course not! Stompbox manufacturers like Electro Harmonix understand this. They give their products MUSICAL names like Bassballs or 44 Magnum.


This is a simulation of the absolute minimum number of controls you need for FM. The sliders are not ‘real’ and the timing is a bit shaky but it shows that you only need 2 controls.

Basic FM is really a very simple sound effect. As you can see you only need two sliders to control it: the amount of effect and the pitch of the effect determine how the basic input sound is… warped.

If you know what ring modulation is you already know half of what there is to know about FM. The controls are almost the same, but of course the sound effect is different. FM sounds less electronic, more natural and it can even sound very organic.

But when you listen to the example above it’s hard to picture in your head what is actually happening. Especially when the pitch of the effect is changed. This is the thing that’s different about FM. Most sound effects are more predictable. If you change the settings of any other effect, like a delay, a ring modulator or a Moog filter things are always much more predictable. It goes like this: 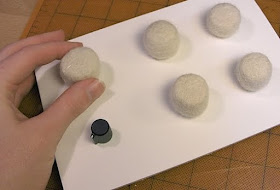 But if you make a change in the effect pitch of the FM-effect the sound seems to be jumping all over the place, going from harsh, shocking, dissonant growls to straight, simple, boring sounds and right back again.

The really remarkable thing is that the FM-effect actually isn’t random at all! There’s a solid pattern in the changes the sound is going through. But if you don’t know what that pattern is, or what it approximately looks like, it’s hard to predict where your sound is going to go next (unless you tweak very slowly).

OK, so the real question is: how do we make things more predictable? To answer it, you'll need to know more about the ‘mysterious’ pattern in the changes. To get there, let’s get an idea first of what FM does to a sound when the controls are at some fixed setting (when you’re hearing a constant sound). In other words: what strange things is this nasty FM-effect doing to your ‘basic sound’ anyway? 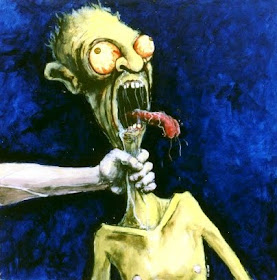 “Think of it as one person singing and another person grabbing the throat of the first and shaking him in a rhythmic manner; the singer being the ‘basic sound’ and the throttler being the ‘effect’.”
(Thank you T. Yahaya Abdullah)


The Rainbow synth has a very basic type of FM and a nice raw sound. Notice how the effect of FM depends on the character of the basic sound. If it’s a sine wave the FM sound is obvious. If the basic sound or ‘throat’ is a sawtooth, the FM effect is less prominent, at least in this example. Every synth handles FM differently, so the result of changes in the settings is never exactly the same.

OK, that’s enough for this episode. The big cliffhanger is of course this 'pattern' we talked about earlier. Next time everything will be revealed. And remember FM can be unpredictable, which makes it both potentially frustrating and exiting at the same time.
‹
›
Home
View web version